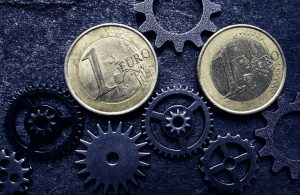 When the Commission launched its proposals for the next EU budget in May and June of last year, it urged the co-legislators to finalise negotiations before the end of the European Parliament’s term, just two weeks from today. It has long been clear that such an ambition would be unachievable, given the pace at which negotiations on the 37-part package are taking place. This might have disappointed some in the Commission, but it shouldn’t come as a surprise; negotiations on the current MFF (2014-2021) took over 20 months to complete.

Nonetheless, substantial progress has already been achieved on a number of sectoral programmes, including: InvestEU, the European Defence Fund, Digital Europe, Justice, Rights and Values, Connecting Europe Facility, Life, and Space. However, some parliamentary committees are reluctant to proceed further at this stage. This particularly relates to proposals such as the European Investment Stabilisation Function, the Reform Support Programme, Erasmus + and the Anti-Fraud proposal, among others. With less than two months until the European elections, and two weeks before Parliament goes into recess, it is clear that even a provisional agreement on the MFF package is not within reach.

As the number of Eurosceptic seats in the next European Parliament are expected to increase, the past few months efforts have focused on achieving as many provisional agreements as possible before MEPs go into recess. Current negotiators fear that because the EU budget naturally creates net contributors and net beneficiaries, an increase in the number of Eurosceptic MEPs will add another hurdle to the already complicated negotiating process.

Eurosceptic MEPs’ ability to hinder the work of the European Parliament will depend heavily on whether they can coordinate their efforts, something that has not traditionally been their strength. But with current polls suggesting that a variety Eurosceptic parties on both ends of the political spectrum may control up to one-third of all seats, they will almost inevitably exert pressure on the size and shape of the next MFF. Even if their goals are somewhat contradictory, such as downsizing the EU budget, increasing cohesion funds and withdrawing others for development projects.

One month after the elections, at the June European Council, the Romanian Presidency will present a streamlined “draft negotiating box” for the MFF bringing together elements likely to require political guidance from EU leaders. The current target to reach an agreement on the entire MFF is set for Autumn 2019. Whether Eurosceptic parties will have had enough time by then to significantly influence the next EU budget remains to be seen. 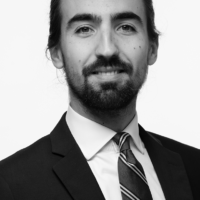 A Spanish national, Nicolas is a member of the Financial Services team. He specialises asset management, the Capital Markets Union and Brexit.

Future of the EU

Future of the EU

The next EU Budget : A reorientation of EU priorities?

The fallout from the extraordinary judgement of the UK Supreme Court will dominate the headlines. The Court has ruled that PM Johnson acted unlawfully in advising The Queen to prorogue parliament for 5 weeks, and...
END_OF_DOCUMENT_TOKEN_TO_BE_REPLACED