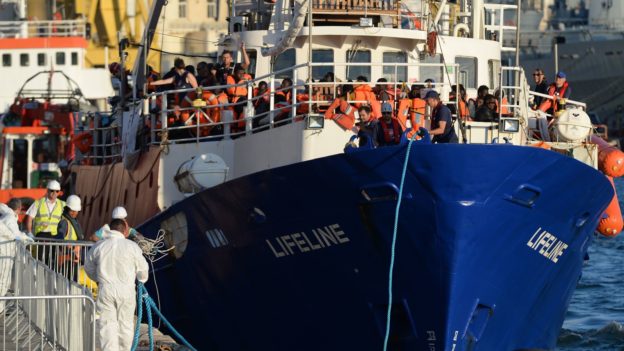 EUROPEAN COUNCIL SUMMIT DELIVERS HARD-FOUGHT MIGRATION DEAL
As expected, migration was the most crucial and contentious issue of the June European Council summit. After extended and intensive talks that lasted into the night, EU leaders reached a deal that secures enhanced cooperation on migration policy, including an update to the EU-Turkey deal, secured refugee camps, disembarkation platforms, voluntary transfers and secondary movements. EU leaders also briefly discussed the situation in Russia, the deepening of Economic and Monetary Union and Brexit. EU leaders will reconvene in October, when Brexit discussions will prove crucial to determine whether an agreement with the UK will be reached.

EU CONSIDERS CONTINGENCY PLANNING FOR NO-DEAL BREXIT
With no substantial progress on several important aspects of the Brexit negotiations, the European Council renewed its call to Member States, EU institutions and all stakeholders to better prepare for a no-deal Brexit scenario. The Commission is therefore considering several unilateral temporary measures – including grandfathering regulatory permissions, notably to ensure financial contracts continuity. Such measures however would only remain in force until the EU is able to implement rules for a long-term no-deal Brexit. The progress of negotiations before the October European Council will determine the extent to which emergency measures materialise.

MULTIPLE RENEWABLE TECHNOLOGIES NEEDED TO ENSURE LOW CARBON FUTURE
The low-carbon transition is feasible and affordable, yet there is no “silver bullet,” warned a director of the Commission’s Directorate-General for Climate Action. Instead of concentrating on a one single technology, he advised considering a range of renewable alternatives to oil and other fossil fuels e.g. biofuels, bio gas and green hydrogen. Only doing so will deliver the Commission’s emissions objectives of cutting greenhouse and transport emissions to 80 and 60 per cent, respectively, below 1990 levels. The EU is on track to meet its emissions reduction target for 2020 and is putting in place legislation to achieve its 2030 target.

EU LIFTS RECORD NUMBER OF TRADE BARRIERS AS PROTECTIONISM RISES
In 2017, the EU eliminated the highest ever number of trade barriers faced by EU companies doing business abroad, according to the European Commission’s latest annual report on Trade and Investment Barriers. Overall, 45 trade barriers were partly or fully lifted over 13 key EU export and investment sectors, which brings the number of barriers removed under the current Commission to 88. The report also shows that 67 new barriers were recorded in 2017, taking the total number of existing barriers to 396 between 57 different trading partners. Later this year the Commission will publish an Implementation Report of the different trade agreements currently in place.

GREEN GROWTH GROUP URGES COMMISSION TO STEP UP CLIMATE GOALS
A group of 14 Member States referred to as the “Green Growth Group” urged the European Commission to update the EU’s commitment to emissions reduction. The joint statement calls on the Commission to chart a pathway consistent with a 1.5°C global warming scenario by 2050. According the Swedish environment minister, Ms Isabella Lövin, “the EU’s current target is too low to be in line with the Paris agreement,” which aims to limit global warming to “well below 2°C.” In the coming months, the Commission will develop its low-carbon economy strategy for 2050, which it will present in December at the UN climate conference.

After attending the NATO summit in Brussels and meeting Theresa May in the UK, US President Donald Trump ...

The UK government published its highly anticipated white paper on the future relationship between the United Kingdom and ...

The European Parliament voted to reject a committee proposal for a mandate to negotiate a reform of copyright ...

The European Parliament and Council agreed a new deal on the governance of the Energy Union, aimed at ...

The Commission, European Parliament and the Council’s respective negotiators reached a political agreement on increasing the use of ...

The Commission endorsed the decision to impose additional duties on the full list of US products notified to ...

The Commission published its first Sustainable Finance package as part of its wider efforts to meet the objectives ...