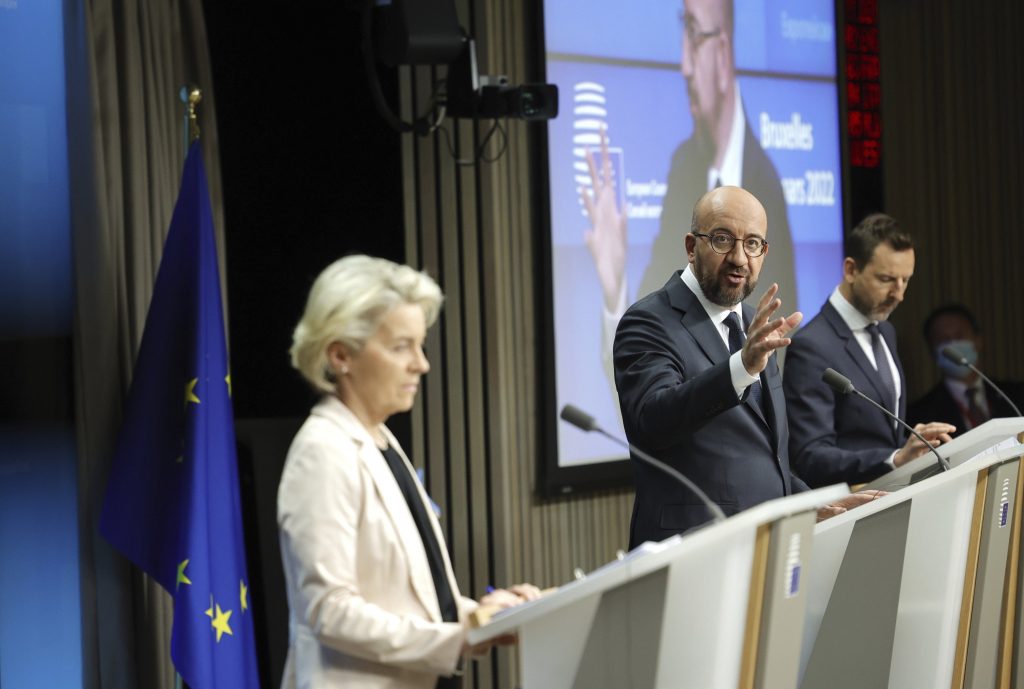 EU leaders reached a principal agreement on the Union’s response to the energy crisis. The agreement on the Commission’s latest energy crisis package paves the way for further work on a temporary price cap. Following the first day of the European Council meeting that ended after midnight, EU leaders agreed on i) voluntary joint gas purchasing, ii) the creation of a new gas trading benchmark for liquefied natural gas, as well as iii) improving the functioning of energy markets to increase transparency and alleviate liquidity issues. Technical discussions and formal adoption will follow.

During the summit, European leaders also committed to continue to provide political, military, and financial support to Ukraine and to step up the EU’s humanitarian response. In addition, EU leaders welcomed the Foreign Ministers’ decision earlier this week to further support to the capabilities and resilience of the Ukrainian Armed Forces through an additional €500 million in funding and training to Ukraine’s Armed Forces. Furthermore, ahead of the International Expert Conference in Berlin on 25 October 2022, the EU Heads of State discussed the governance and financing of relief, rehabilitation, and reconstruction of Ukraine.

During this week’s plenary session, the Parliament adopted its position on draft EU rules aimed at accelerating the deployment of recharging and alternative refuelling stations (such as electric or hydrogen) for cars, trucks, trains, and planes. As the Parliament agreed to set minimum mandatory national targets for the deployment of alternative fuels infrastructure, Member states will have to present their plan by 2024 on how to achieve it. In addition, Parliament also suggests setting up along main EU roads, electric stations every 60 km and hydrogen refuelling stations every 100 km and accelerating said process. Negotiations with the Council will start next week.

The European Commission released its 2023 work programme outlining its next steps in tackling current challenges including Russia’s aggression against Ukraine, rising energy prices, and the economic downturn. In the work programme’s annex, the Commission outlined new initiatives, regulatory fitness and performance programme (REFIT) initiatives, and priority pending proposals for 2023. Notably, the Commission will propose a comprehensive reform of the EU electricity market, and the creation of a European Hydrogen Bank. Additionally, the Commission will launch a retail investment legislative package, a legislative proposal laying down the legal principles of the digital euro, and a Critical Raw Materials Act to boost European autonomy.

EU REACHED AN AGREEMENT ON BALTIC SEA FISHING LIMITS FOR 2023

Agriculture and Fisheries ministers agreed on total allowable catches and quotas for fish stocks in the Baltic Sea. This agreement sets the quantities each member state will be allowed to catch for each species in the Baltic Sea in 2023. The agreement is in line with the scientific advice provided by the International Council for the Exploration of the Sea and aims to consider the socio-economic impact in the fisheries sector. Furthermore, the agreement further lays out conditions for fishing vessels operating in the region and considers the aims of the Common Fisheries Policy and the provisions of the multiannual management plan for the Baltic Sea.

COMING UP NEXT WEEK

COMMISSION SAYS BULGARIA, ROMANIA, AND CROATIA READY TO JOIN SCHENGEN The European Commission adopted a communication on the ...

COMMISSION SETS OUT ORIENTATIONS FOR EU ECONOMIC GOVERNANCE REFORM The Commission issued a communication of a reform of ...

Here you can manage your cookies preferences, more info:

We use first party cookies and third-party technologies to operate our website and customize its content properly and securely. We also use them to analyze your browsing experience and to target advertising according to your preferences and avoid fraudulent practices through user-activity analysis. Cookie Policy.